The second game I ran at Games on Demand for GenCon was Fiasco on Sunday afternoon. We used the Touring Rock Band II playset. Our characters were: 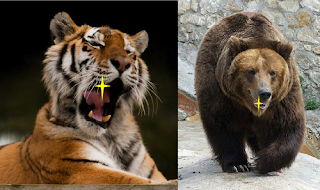 Our story begins at Starbucks, where Dennis and Jacky both work to make ends meet. In between making coffees, Jacky is looking through a huge stack of paternity test results to find out how many more child support payments he'll need to make out of the dwindling LeGrand Records fortune. Steven comes in, and Jacky tries to convince him to bring his band back to LeGrand Records. Dennis overhears this and gets upset, as he had hoped Jacky could pull some strings and get him back into the band. Jacky reassures Dennis that they're still bros, and that he's coming to Dennis's big party on Friday.

Trying to sabotage his replacement's career, Dennis sneaks into Steven's mansion and feeds poisoned meat to Tony. Steven confronts him and chases him off, but not before Tony has gotten very sick.

Jörm pays a visit to Alan to discuss their business deal. The scheme is running low on funds, but Jörm is sure it's just about to pay off. Alan agrees to try to get some of his dentist friends to buy in so that they can afford more gold for test grills.

Steven meets up with Alan at Starbucks for a consultation about Tony's health. While there, Steven catches sight of one of the paternity tests with his name on it. Before he can read the whole thing, Alan and Dennis get into a confrontation over the fact that Dennis "stole" Alan's wife. The manager has to come out and ask everyone to leave.

Steven's curiosity is piqued by the paternity test, as his mother had always told him he was the result of a virgin birth. He goes to the clinic, and after paying a long string of fees, gets a copy of the test showing that Alan is his father.

Jacky realizes he's not going to be able to make all of these child support payments. He needs to get some cash fast. Browsing through Craigslist, he finds an ad for an investment opportunity in making gold dental grills for large predators. After exchanging a few emails with Jörm, who assures him he will see at least double his money before the 6th of the next month, Jacky PayPals him his last $65,000.

Dennis goes to Jörm to get some drugs to give to Jacky at the party, in order to get him high enough that he'll sign paperwork giving him a recording contract. In exchange for the drugs, Dennis agrees to kidnap Tony as a test subject, so that the grill business can expand from bears into big cats.

Jörm tells Alan that he has a test tiger lined up. Alan is excited, since as a result of his meeting with Steven he has already come up with the idea of doing grills for tigers too. Jörm gives Alan the $65,000 he got from Jacky, in exchange for horse tranquilizers that Dennis can use on Tony and Jacky.

Alan returns to Starbucks to get more info on Dennis, now that he knows where the man who stole his wife works. Dennis refuses to serve him, so Jacky takes the order, and Alan gives his name as "Alan Perkins, DDS." The name sounds familiar, and Jacky matches it to one of the names on the paternity tests. When he gives Alan his drink, he also slips him a copy of the paternity test showing he's Steven's father.

Steven brings Tony to Alan's clinic, where Jörm uses Vlad to demonstrate the grill concept. But Alan and Steven are distracted as they realize that they have both seen the paternity test results. Steven calls his mother to confirm it, but she denies having slept with Alan.

Jacky goes to Dennis's party, where he finds that the only other person there is Jörm. They get to talking, and Jacky mentions this great investment opportunity in large predator grills that he found on Craigslist. Unaware of how Scandinavian names are pronounced, he doesn't connect the "Jörm" he was emailing with to the "Yorm" he's talking to now, so they both conclude that there is a competitor out there -- Jörm assumes it's Alan, trying to cut him out of the profits. Dennis gives Jacky a drink spiked with horse tranquilizers, but he overdid it, and Jacky passes out before he can sign the contract.

Dennis successfully kidnaps Tony, and brings a sedated Tony and Jacky to meet Jörm and Alan at the clinic. Jörm accuses Alan of going behind his back to start his own grill business. Dennis gets into a confrontation when he realizes that the dentist in this scheme is the guy who has been accusing him of stealing his wife, and he drives off with Tony and Jacky (as well as an un-sedated Vlad).

Jörm and Alan agree to try to ambush Dennis when he arrives at Steven's house to return Tony.

Steven comes out to find Jörm and Alan hiding in the tiger cage. They tell him that they have taken Tony to a "mobile clinic," and that he'll be returned, fitted with a grill, in no time.

Dennis arrives in the middle of the conversation. Jacky wakes up partially from his drugged state, and panics at seeing Vlad. He jumps on a mostly-awake Tony and rides him into the house. They crash through various rooms, picking up a guitar on the way, and come flying out of a second-story window. This is the most metal thing any of the neighbors have ever seen.

In the end, Jacky ends up in prison for not keeping up with his child support payments. Dennis goes to jail as well, and when he gets out he finds that Vlad is dead, so he takes up busking near Steven's house. Jörm gives up on the grills scheme and goes on to try to sell Strong Arm Lances exercises equipment at inappropriate professional conventions. Alan goes back to mundane dentistry. And Steven is mauled by Vlad and Tony and ends up in a nursing facility on a constant stream of pain meds for life.