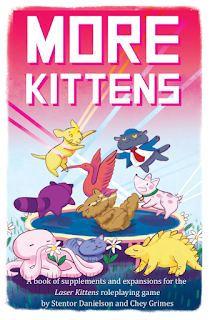 What you'll get in More Kittens:

Buy More Kittens at itch.io!
Posted by Stentor at 8:54 AM No comments: