Building vs. Upgrading, and a game called Scorched Earth

Lots of games are about building. Over the course of the game, you're creating a sort of engine that generates the conditions for victory. You start out with a few simple functions that you can perform, and as time goes on you add more and better functions. From a single corn field to a plantation processing coffee and sugar in Puerto Rico. From agriculture to nuclear power in Innovation. From a monster to an even scarier monster in King of Tokyo.

What if we turned the building idea on its head? A while back my wife inspired me with an idea for a game called Scorched Earth. In this game, you would be a commander in charge of a slice of Russian territory as Napoleon's army advanced. Your goal would be to destroy as much as possible of your territory's assets, with the game ending when Napoleon's army starves or is forced to turn back from lack of food.

Thematically, Scorched Earth seemed intriguing. But building is a common game mechanic for a reason. It gives a game a sense of motion and purpose. Players feel like they're accomplishing something and creating something. When you're building, you're going somewhere. You're excited about the next piece you want to add and the steps you plan to take to get it.

The momentum and narrative arc associated with building suggest some problems with going the other way. I found this to be a problem with another game idea I had, a "deck destroying" game called The Fall of Greenland. In TFoG, players would begin with a big deck of cards representing elements of a Norse settlement, which they would gradually lose as calamities hit. Like Scorched Earth, the goal was to have the best stuff remaining when time ran out. In playtesting, though, TFoG fell flat. Strategically choosing what to eliminate from your deck wasn't as interesting as choosing what to add to your deck.

As common as building is, many games that seem to be about building are perhaps better thought of as being about upgrading. Building makes things bigger, while upgrading makes them better. The deck building genre, I would argue, is -- despite the name -- as much about upgrading as about building in the sense I'm using the term here. And that's revealed by the importance of being able to get rid of your early components. Dominion has a variety of cards that let you trash a card -- often, but not always, in exchange for a better card. Quarriors lets you cull a die whenever you score.

Why would you trash a perfectly good copper card in Dominion, or a perfectly serviceable assistant in Quarriors? Because the best strategy is not to build up a huge deck, but to make an efficient and streamlined deck. In these two games, you only have access to a random sample of your deck at any one time. So low-value components just dilute your ability to access your better ones. Simple components are useful only until they can be replaced with more powerful ones.

So let's apply that to Scorched Earth. Instead of just destroying your capacity, perhaps your real aim is to consolidate. If you can build a triple-size factory back in Smolensk, then you can afford to tear down the three smaller factories in Vilno, Minsk, and Mogilev (relevant map). The advance of Napoleon's army provides a clear incentive to streamline and trim the fat from your game engine.

I don't know that I'll ever develop Scorched Earth as a full-fledged game -- the theme is certainly outside my core competency, though I suppose it could be rethemed. But if nothing else it's a useful design exercise.

Posted by Stentor at 8:50 PM No comments: 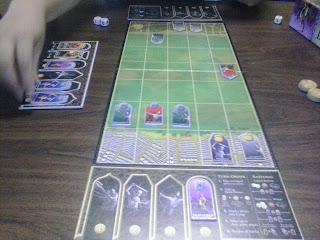 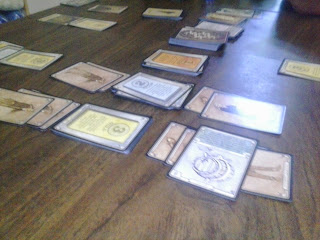 Posted by Stentor at 9:27 PM No comments: 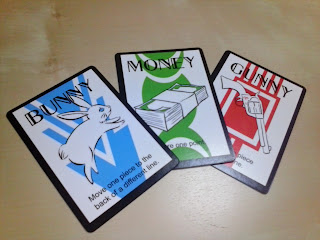