I had been booked to run 3 games of Growling Door Games' Chill - 3rd Edition. Thursday morning came and I got to run that morning's game - which went well. There were only 3 players so it went by pretty fast. The characters were able to get almost all of the clues available to them, met one NPC a day earlier than expected - they were supposed to find dead the next afternoon. They ended up saving a total of 4 NPC's that could have died and ended up intercepting the creature. AND there was a most wonderful quote of the con:

Me: You find dead bees all over the back yard.
Player: Do they appear to have been strangled??

The rest of the day consisted of demoing for Glittercats and then an IGDN dinner, which by the end of I had completely lost my voice.

Friday consisted of me having to back out of my Chill game,  going to Urgent Care (I ended up with an infection in my throat that would have taken my voice no matter what I was doing), getting meds and sleeping a lot. We did manage to get a small group together in the Big Bar on 2 to play Writey Drawey, a favorite game of mine in which you really don't need to talk.

Saturday, my husband Chris and I wandered the dealer's hall and made a few purchases. He bought me King of New York, which I've been eyeing since it was released. We also picked up Exploding Cows and Pairs, since everyone always needs more party games. Chris also picked up Cosmic Patrol since he would really like to play more games where you roll D20's.

I did also pop in the see a bit of the morning session of Laser Kittens that Stentor ran and it made my heart grow 3 sizes.

That evening, I had just enough of a voice coming back to be able to head to Games on Demand and get to play The Warren. Our story was set in a major city park similar to Central Park and it was a great time. I ended up playing a matronly bunny who was change adverse. It was a great time and just what I needed.

Sunday, I finally got to work the booth some more and get to hug a lot of people that I enjoy seeing at cons.

Overall, it was still a really good con. I got to see our first RPG being enjoyed by several players and makes me really happy the Laser Kittens is going over so well. I can't wait to get to run it myself at Gen Con.

Also, I really want to come up with a story telling game in which no one talks. I missed out on lots of opportunity to game at the con and so I kinda want to be proactive and make a game myself.

All in all, a good con that makes me super excited for Gen Con.
Posted by naturalcassiopeia at 10:59 AM No comments:

I'm back from a super-successful Origins and battling a bit of con crud. Here's a roundup of what I was up to:

Sales: We had Bunny Money Gunny for sale at the IGDN booth. I don't have the final numbers, but it was pretty clear that this game sells when Cheyenne is demoing it.

Purchases: I kept it light this year. I picked up The Quiet Year for my own enjoyment, and a copy of the Fate Accelerated book and a bunch of Fate dice for use in my Economic Geography class this fall.

Played: We'll start with the games I ran -- three sessions of Laser Kittens. 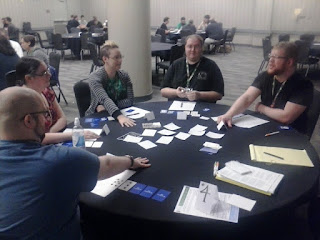 I've got extensive notes, and I'll try doing a longer writeup of each later. For now, I'll just give summaries.

Game 1: This session began with Professor Julius administering the Cat Oath to all of the kittens. They spent some time learning about the ethics of laser use, then had to face a midterm exam in which they were attacked by a mysterious black cat. Luckily, it turned out to be Professor Siren's doppelganger, as she had the "two two two" laser.

Game 2: The kittens dedicated themselves to getting human Joe in trouble. Since they couldn't get up the stairs to his room on their own, they summoned a herd of emus (using the "zoo zoo zoo" laser) and rode them. One kitten had a terrifying prophetic vision of a post-apocalyptic future if they killed Joe (using her "view view view" laser), and so another kitten decided to simply erase Joe from history as if he had never existed (using the "shoo shoo shoo" laser).

Game 3: The kittens were on a mission to attack the neighbors' dog. Concerned that the rabbits in the house were helping the humans to steal the kittens' poops (and thus their powers), the kittens invaded the rabbits' secret lair behind the paneling. A battle ensued, which ended in victory for the cats when all of the rabbits were teleported (using the "shoo shoo shoo" laser) into the neighbors' house, which got the dog in trouble as he was blamed for the sudden appearance of a bunch of bloodied rabbits.

Since there was so much interest in Laser Kittens, I never got to run the other game on my menu, Dread: Dinosaur Edition. You can grab the character questionnaires here if you'd like to try running it yourself.

The first game run by someone else that I played was Microscope. We created the story of the encounter and ensuing war between Earth and the Uktar, an insectoid alien species, told from the Uktar's point of view. We had political intrigue, the rise of an Uktar-worshipping cult, and the eventual development of Uktar-human hybrids.

Next, I played a game of The Warren. I've run this game before, but this was my first time as a player. Our game was set in ancient Egypt, and we had established our warren on a small island in the river to protect ourselves from the desert hares. However, the humans had built a dam to divert river water for irrigation, making it possible for the hares to invade. My character had to bait the River God (a giant crocodile) into attacking and smashing the dam in order to save the warren.

The last game I played was A Single Man in Possession of a Good Fortune, a hack of Kagematsu set in regency-era England. This is not a setting I would have chosen if my options weren't so limited by the time I got to the front of the line at Games on Demand, but it was incredibly fun. In our game, we were three daughters and their governess of the head British official in Bombay. We had to win over the new governor who had been sent to replace our ailing father so that he would protect the city against a French invasion.

Hey there everyone, it's that time of year! Origins Game Fair starts tomorrow in Columbus, Ohio. Origins is personally one of my favorite cons and it will be great to get to see so many awesome faces. Here's what we'll be up to this weekend.

Stentor will be running games at Games on Demand.

Here's a peak at what he will offer on his menu: 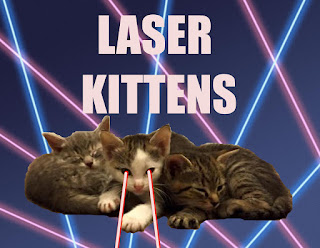 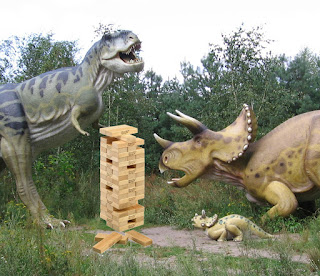 Both are awesome games and I can't wait to hear about how things go.

If you do see me at the booth or around in general, and would like to see a sneak peak at our newest title, The Fool's Journey, ask! We've created a fun parlor storytelling game that uses Tarot Cards to shape the story! We're really excited about this one and it will be available come Gen Con.

Can't wait to see y'all there!

Posted by naturalcassiopeia at 8:06 AM No comments: